To wrap up our 30th birthday celebrations, we’ve had a great time at the NEC in Brimingham with three fantastic cars on display, the Lotus Twincam of Sid Hamilton, the modified 2dr GT of Andy Guile, and the very rare GT estate of Richard Farrell. 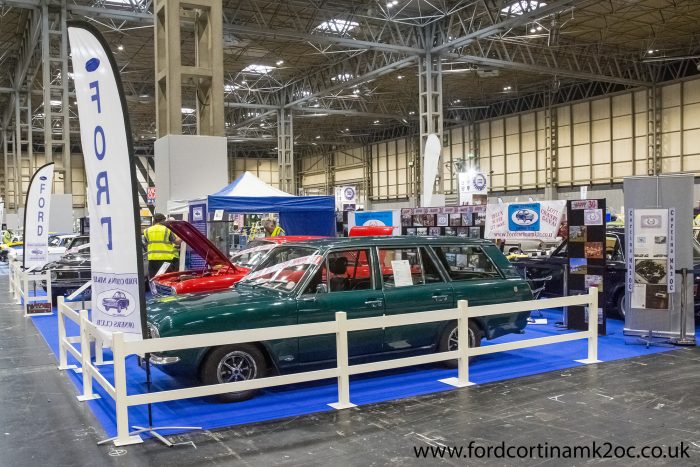 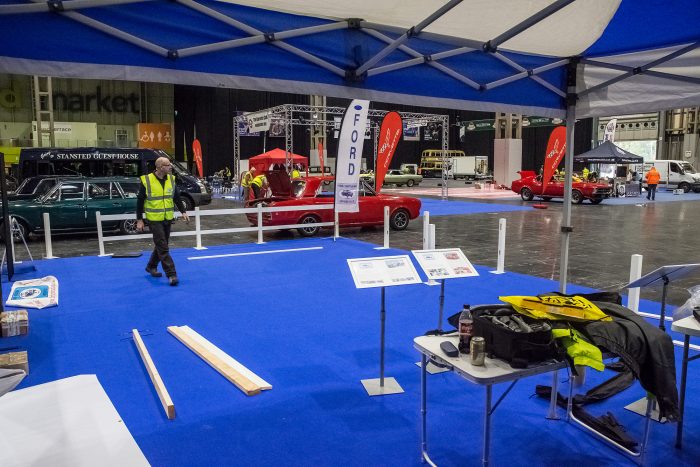 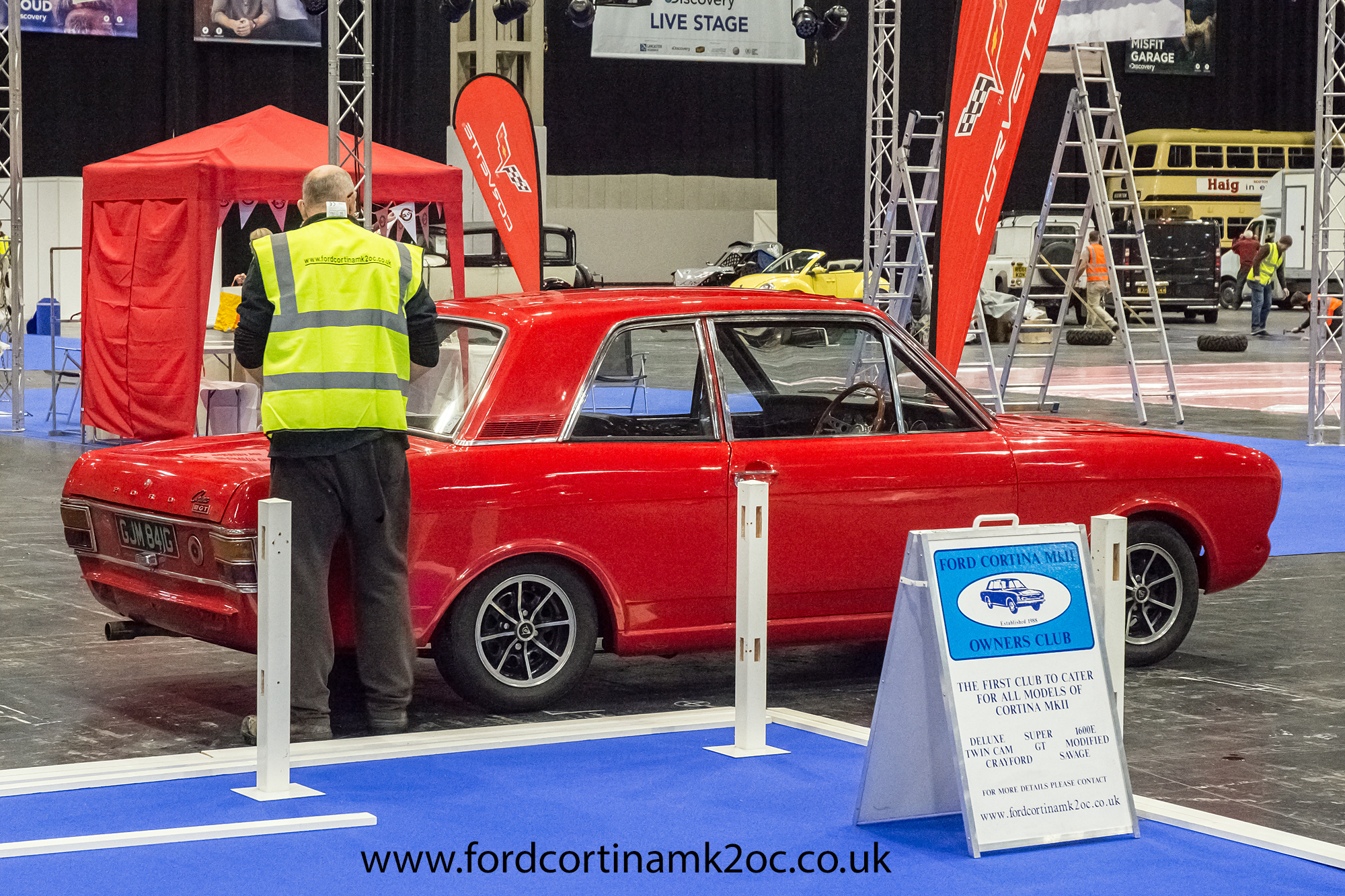 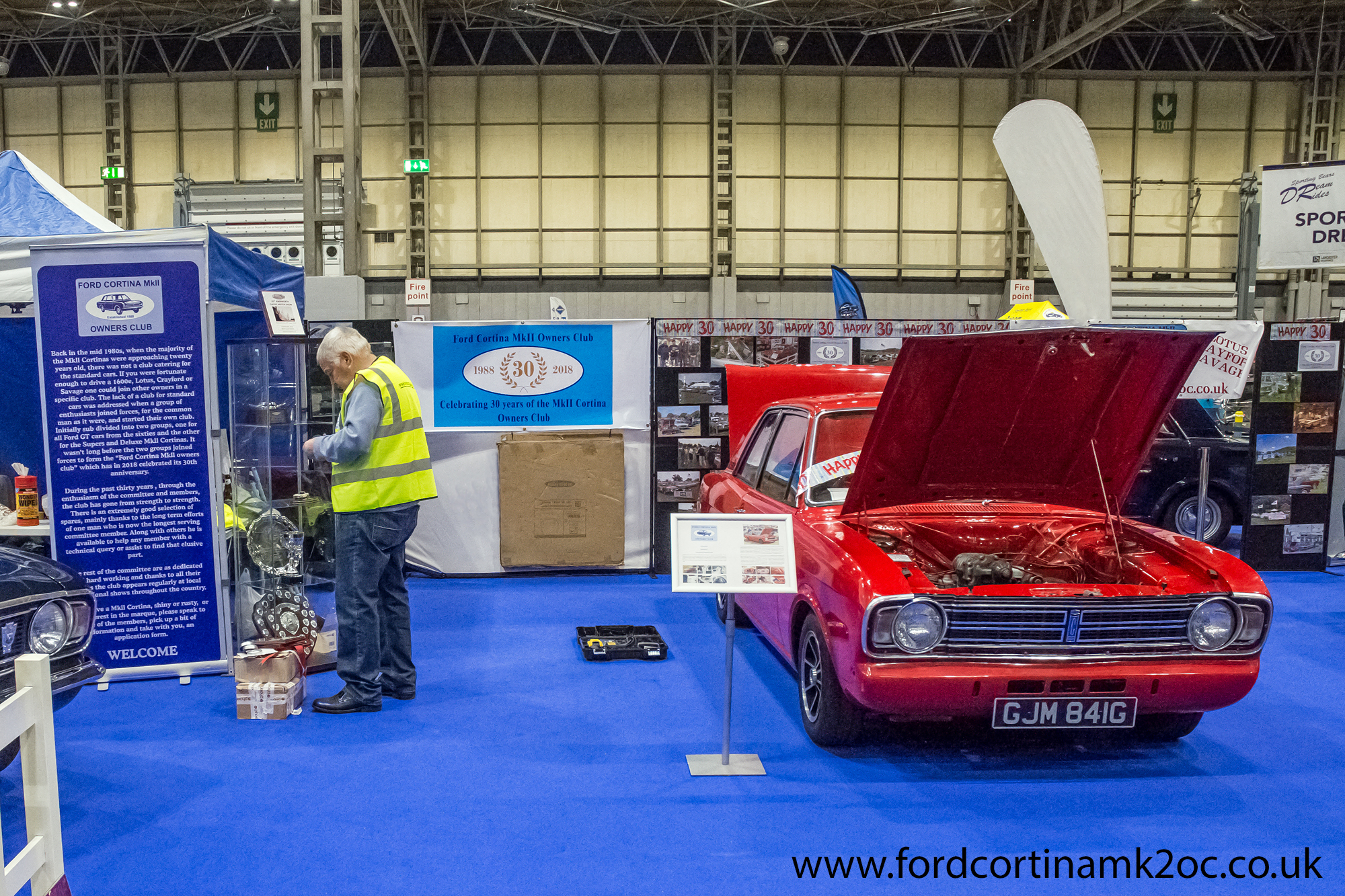 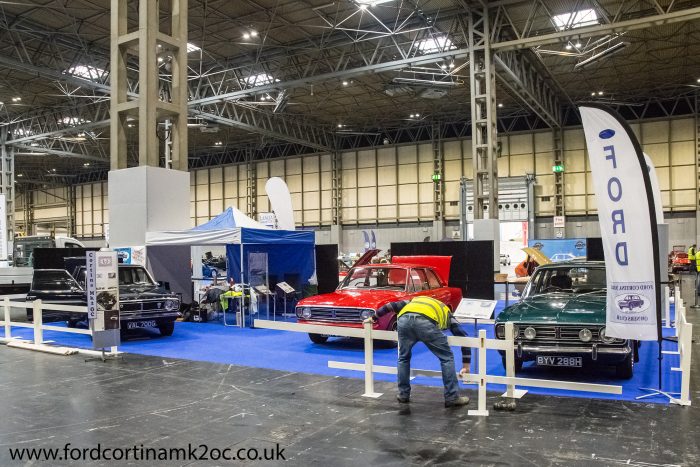 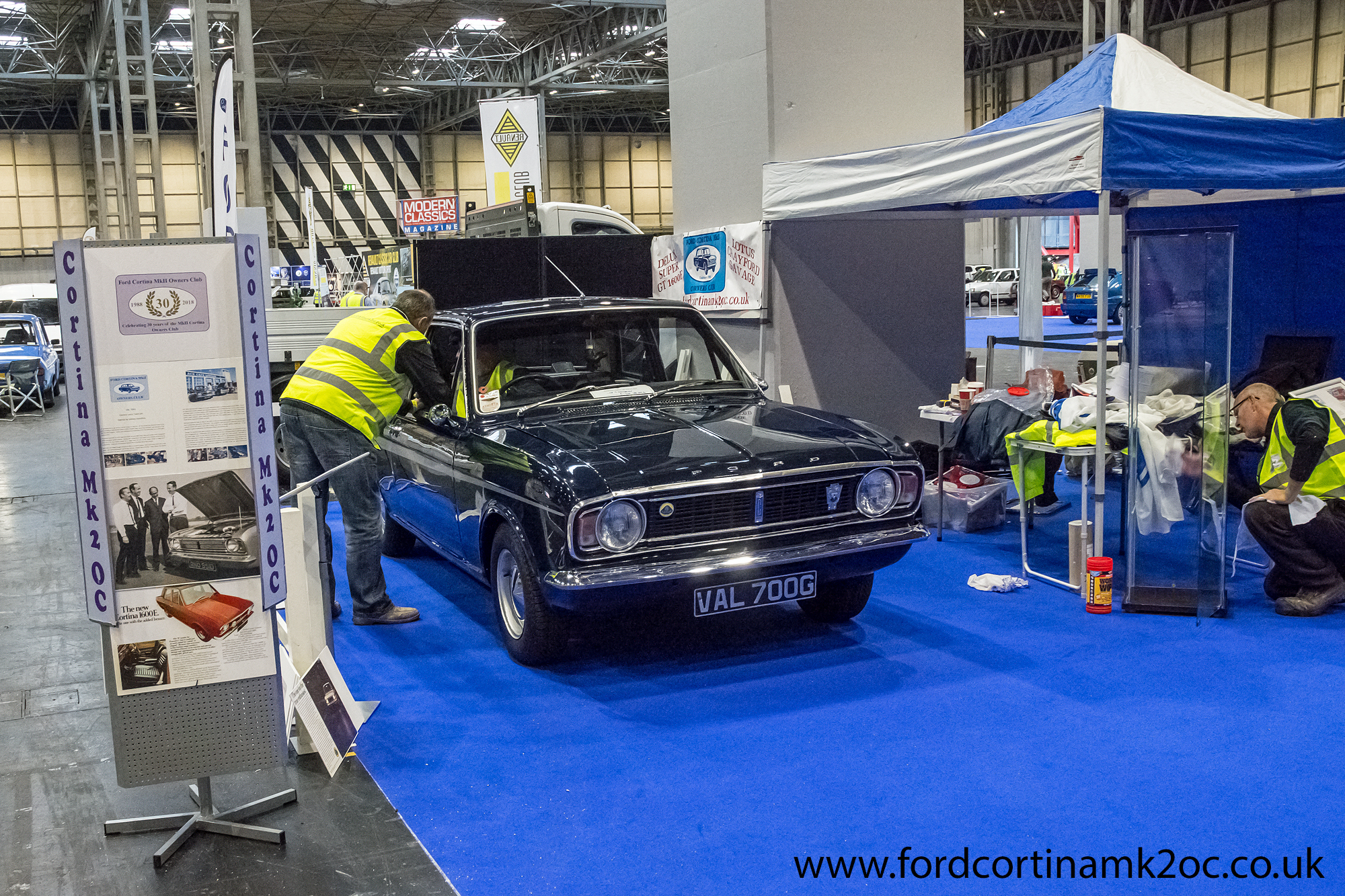 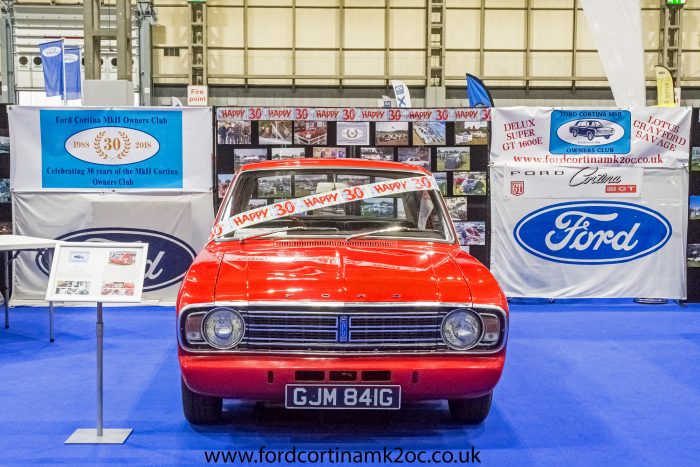 Andy has had a soft spot for 2dr GT MkII Cortinas for almost as long as he can remember. He was always very envious of a good friend that had one in his teenage years and promised himself he would have his own one day. His lifelong dream eventually came true in April 2014 when GJM 814G turned up on eBay for £3500. It was transported to his home from Ireland as part of the deal and then driven the whole five yards into his garage where the full restoration begun straight away.
The strip down revealed the GT to be in a very sorry state with rot in almost every panel. Many would have given up at that point, but not Andy. For the next couple of years, every spare moment he could find was spent out in the garage with the grinder and welder working hard on the GT. The shell was ready for paint by early 2017 and was another job Andy completed himself at home, keeping the original colour of Monaco Red, rare for a MkII Cortina. A great amount of the parts needed to complete the GT were bought from the MkIIOC spares scheme, an invaluable source.
The vision right from the start of the project was to keep the GT relatively standard looking, just debumpered and lowered around 2 inches, and the interior original (retrimmed by Craig Watton of Classic and Custom Auto Interiors). Powering it would be a supercharged Kent crossflow engine connected up to a Sierra type 9 5spd gearbox and a 3.77 diff. A 1600cc 711M block was used with a chambered head, +30 overbore and fully balanced internals, a 16lb Escort Sport flywheel and the cam from an Escort Automatic for torque. The supercharger is a modified 1800 Mercedes unit with a HS6 SU carburettor and uses Jaguar pulleys adapted to fit. It hasn’t been on the rolling road yet, the BHP currently unknown, but it’s more than quick enough to keep a big smile on Andy’s face! 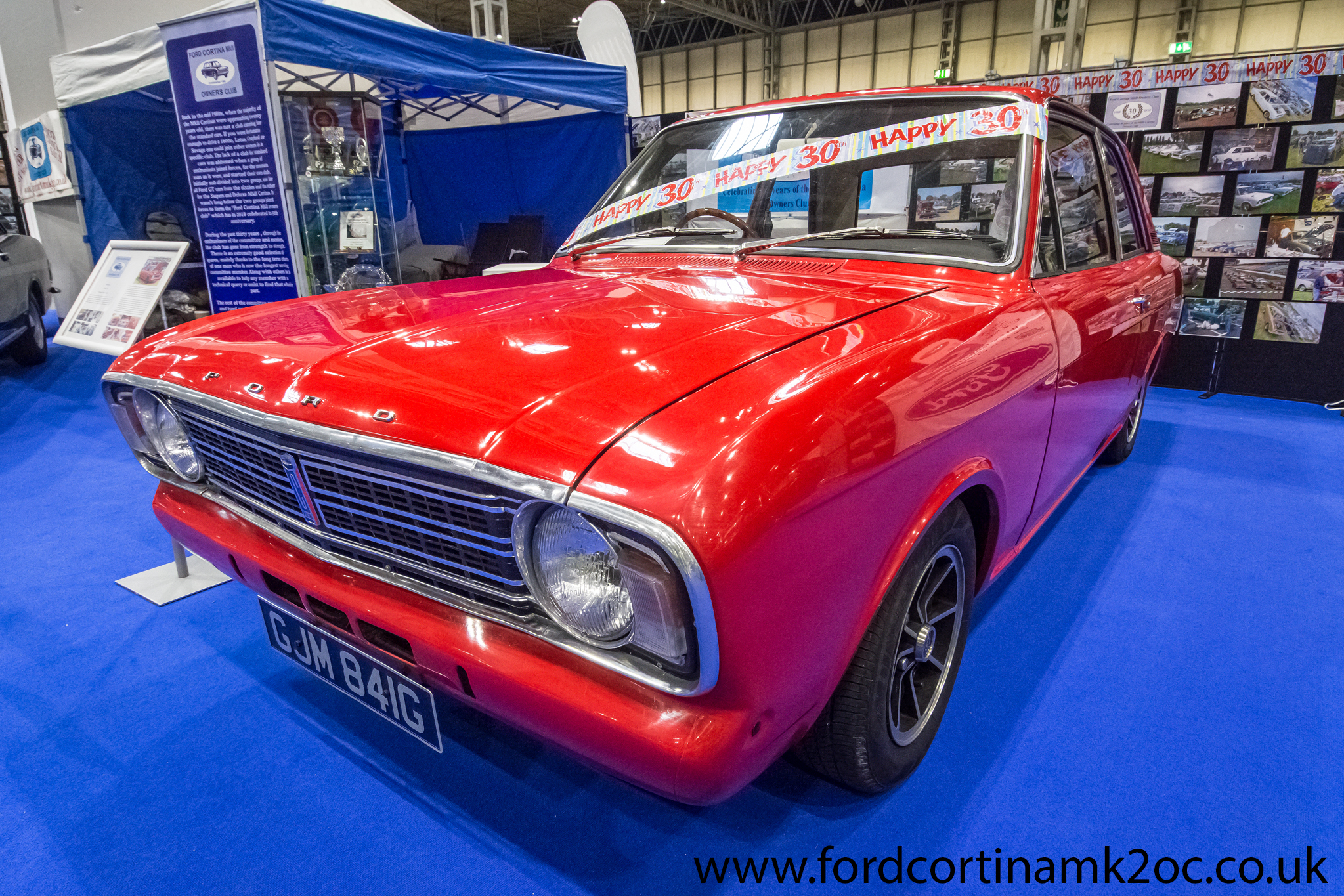 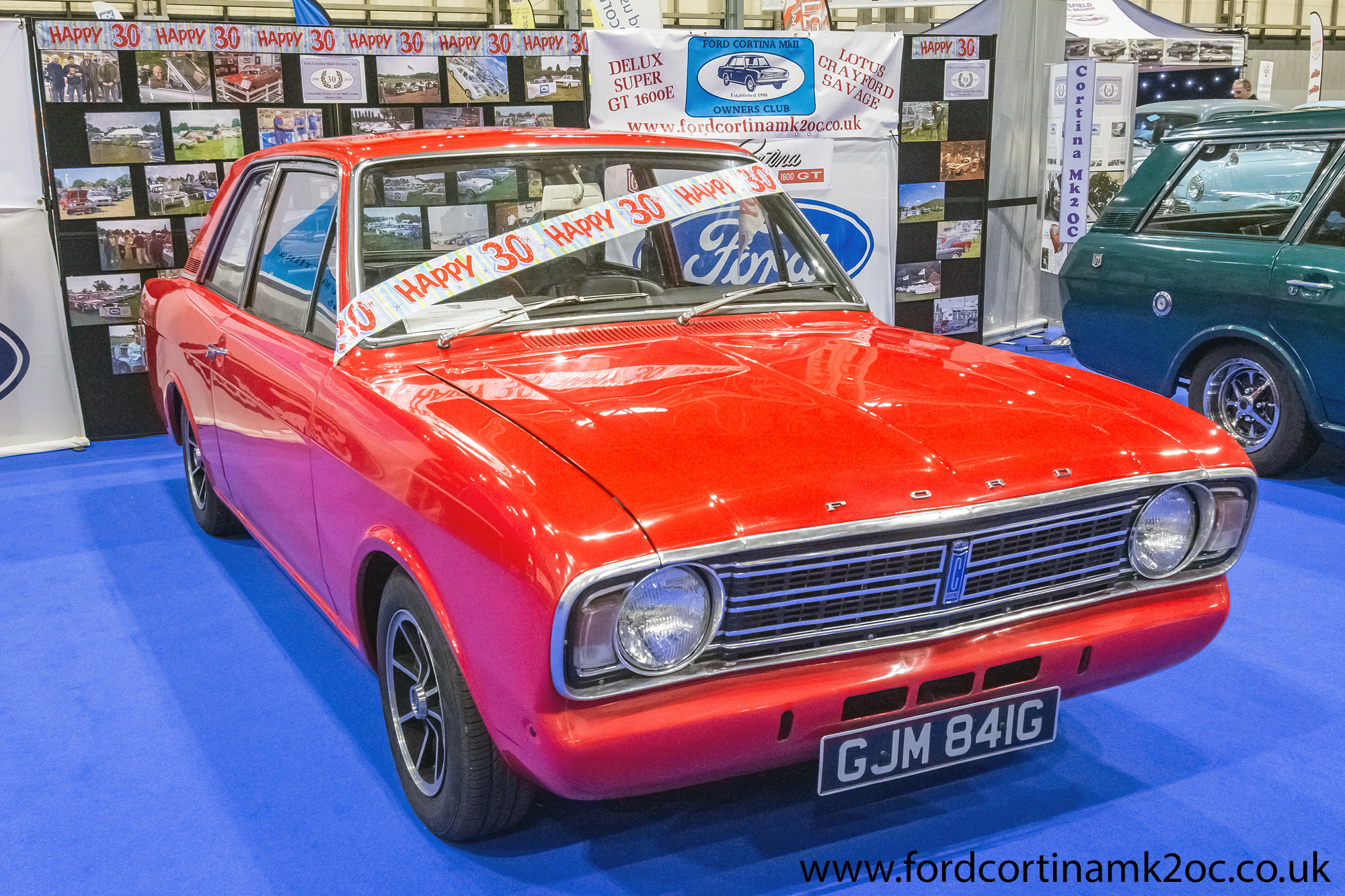 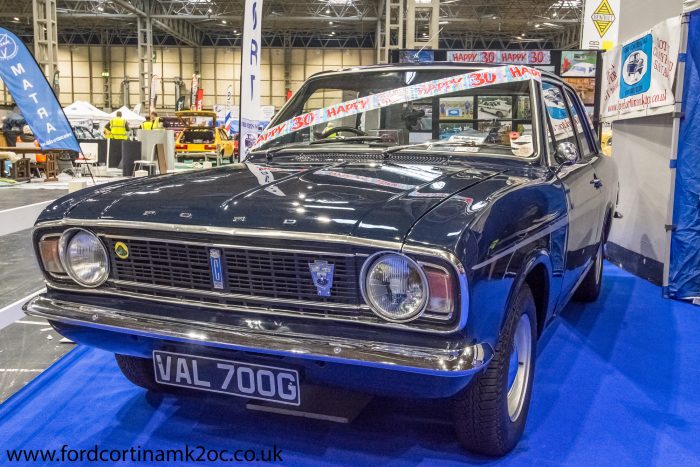 It’s probably fair to say Sid has a bit of a thing for old cars. He has owned and restored many in the past including a 1934 Hillman Minx, a 1978 Triumph Stag, one of the last built, and also one of the last 500 Mini Coopers. He has just completed the restoration of his first motorbike too, a 1953 BB32 Goldstar BSA.
A previous favourite car of his was OLO 222E, an early MkII Lotus Twincam Cortina in the recognised white and green colour scheme. During Sid’s ownership it was used in the summer of 2016 as the basis of a life size replica model for a stage prop for one of the many “Made in Dagenham” productions. Check out the Sculpture Studios film on Youtube about the process.
Soon after the model though, Sid got an offer he couldn’t refuse. OLO 222E found itself with a new owner and Sid found himself a great big Twincam shaped hole in his life. Enter Valery, the Anchor Blue (they weren’t all white and green!) Lotus Twincam.
VAL 700G had been the subject of a 5 year restoration with a previous owner back in 1998. The list of replacement panels needed was long and extensive, and includes the rear valence, both A posts and hinge pillars, the front valance, both headlamp panels, inner wing repair sections, a slam panel, closing panel, inner and outer sills, inner and outer rear wheel tubs, both rear arches, rear lower quarter repair sections, spare wheel well and tool well, front jacking points. It was rotten in just about all the usual MkII Cortina rust spots.
Sid found Valery for sale on eBay in late 2017, it had not long been through some recommissioning work having been laid up for a few years. The complete clutch kit and its hydraulics had just been replaced before full service work and a rolling road tune up session getting carried out. It was generally in good condition but Sid still found himself with plenty to do.
Outside, the windows have been resealed, new door handles and locks fitted, and the wonky mirrors were straightened up. Underneath, Sid has cleaned up the floor and chassis before applying waxoyl but while under there he also had the gearbox back out again for a full overhaul, removed the lowered suspension in favour of original spec parts, dealt with the rattling exhaust and checked and adjusted the brakes. Inside, he removed all the interior trim to clean up the floor, waxoyled the doors and inner rear quarters, added new sound deadening underlay and a new radio/CD player too. Under the bonnet, new engine mounts were needed but otherwise it has just been cleaning and detailing with routine service work. 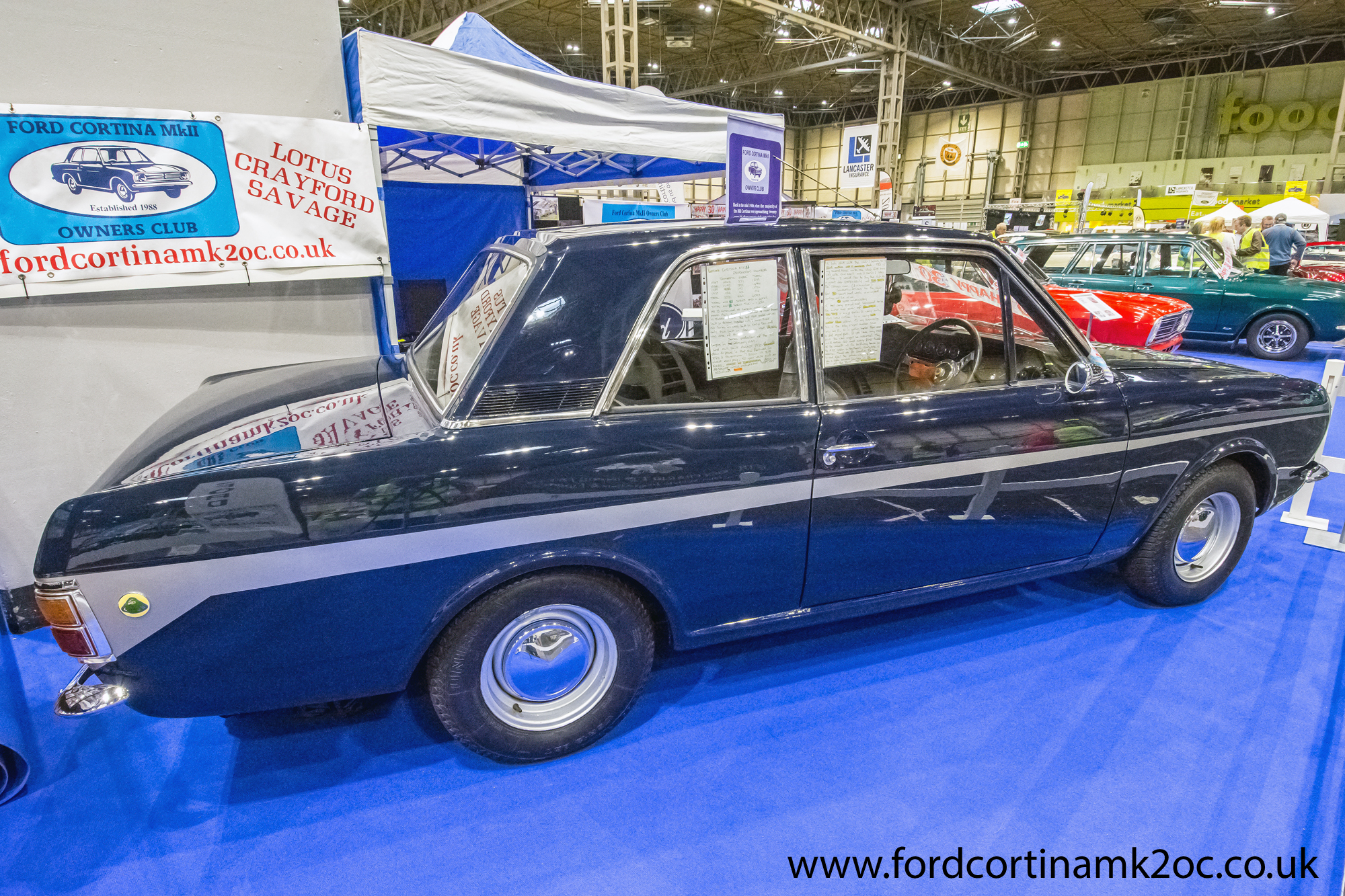 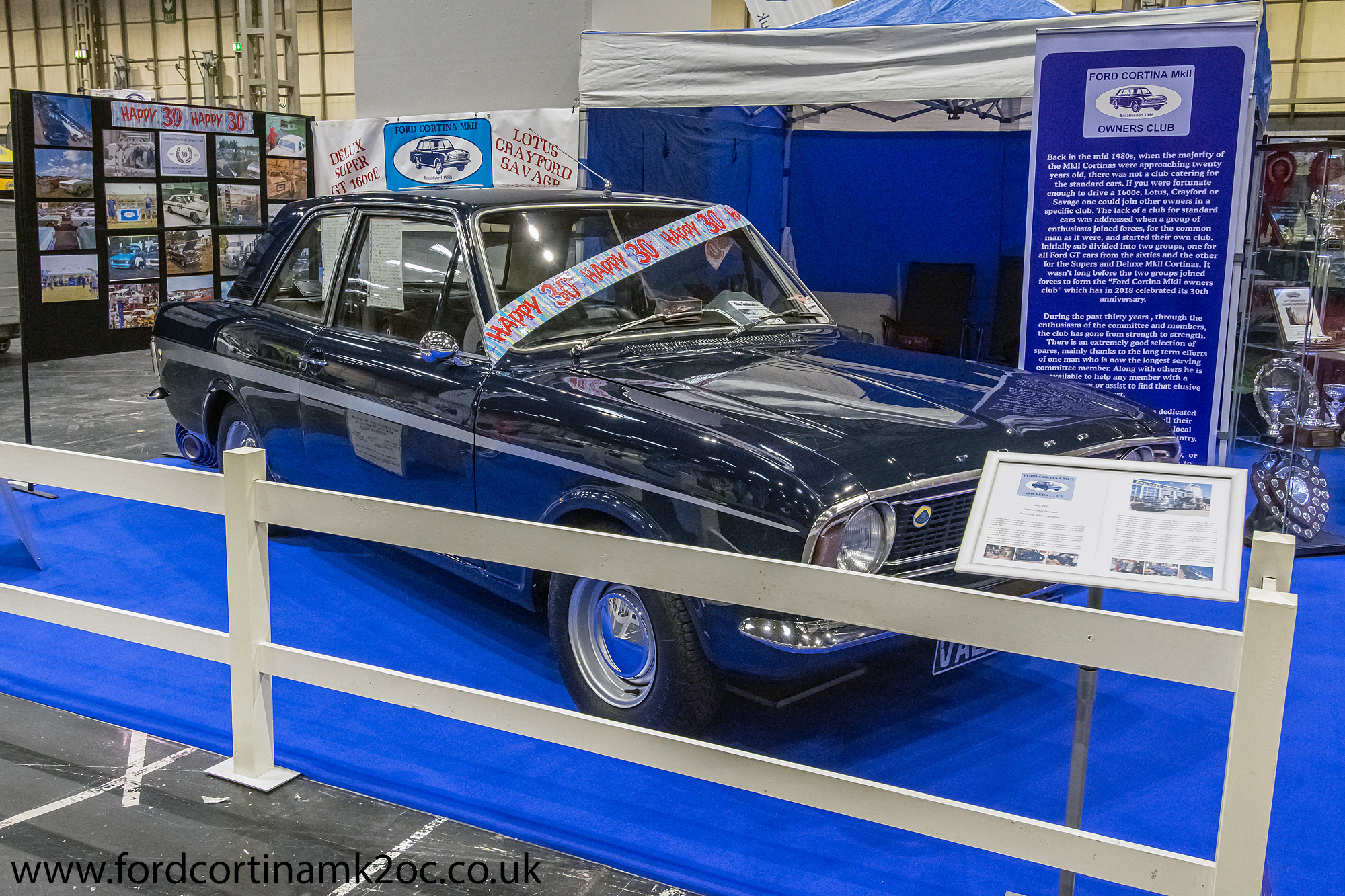 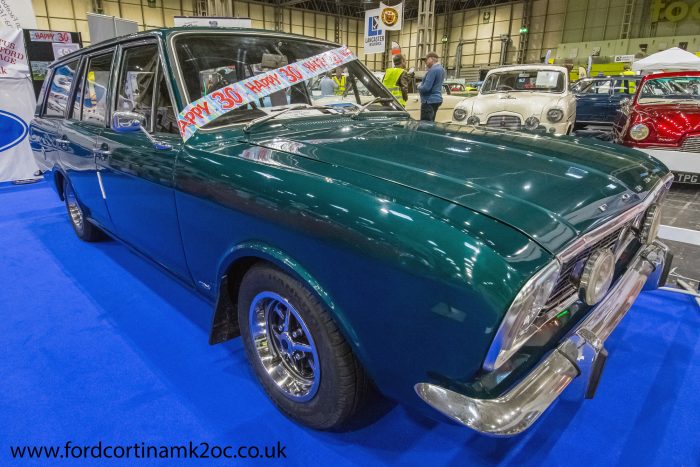 The description of “Car Enthusiast” doesn’t really fit for Richard. You see, he’s owned more than quite a few over the years, he says it could be as few as 500!!! The first two arrived in 1975 when at just eight years old he inherited his Fathers 1962 Mini closely followed by his Grandads 1957 Wolseley 1500. A lifelong obsession had been awakened. Richard passed his driving test in 1984 and straight away the first MkII Cortina arrived, WWJ 900G, an Anchor Blue 1600E. Amongst the many, many other cars he’s had, over 30 more MkIIs came and went until in 2006 he sold what he thought would be his last Cortina – a very early D reg 1966 1300 Deluxe in Spruce Green – in order to concentrate on his other classics.
The Cortina bug was always there bubbling away though, and despite already having a collection of around 30 other classic cars Richard ended up with another MkII some 11 years later, a 1600E originally owned by Sir Roger Moore. Smitten once again, he then took on this rare GT Estate very soon after.
A GT estate is a very unusual find today but was a little known model even when new. A special order only, they were never even mentioned in any of the Cortina’s advertising or brochures so few were ever sold as a consequence. They were only available after the introduction of the crossflow engine (none were manufactured with the earlier pre-crossflow 1500) and most seem to have been the facelift Series II cars. Hand finished by Ford’s SVO team, a part built Super was taken off the production line at Dagenham to be given the GT specification.
Built in January 1970, this particular example was registered in April of that year as GWC 903H, part of the same number plate range as the fleet of white 1600Es that Ford lent to the 1970 England World Cup football team, and was fitted with a number of extras from the options list – driving lamps, sports steering wheel, rostyle wheels, dipping interior mirror and reversing lamps. It was also given the Ziebart treatment when new. Described as a true survivor by Richard it had some inner wing repairs to the strut tops and bonnet hinge areas in 1983, and then in 1988 it was treated to more fresh metal. New wings, bonnet and valance were fitted to the front end, with new sills and rear arches further back before receiving a rather poor amateur home respray.
Since taking on the GT earlier this year Richard has been very busy improving it. He’s cavity waxed inside and out, rebuilt the smoky tired engine rebuilt, overhauled the cooling system, fitted new clutch and hydraulics, fully rebuilt the brakes with new pipes and hoses, as well as fitting a new exhaust. He’s spent some time on the bodywork too. A couple of dents and areas of flaky paint have been dealt with before attempting a full flat polishing. The paint is far from perfect though so at some point Richard may get involved with giving it another full respray. For now though, he’s just enjoying driving it whenever he can. 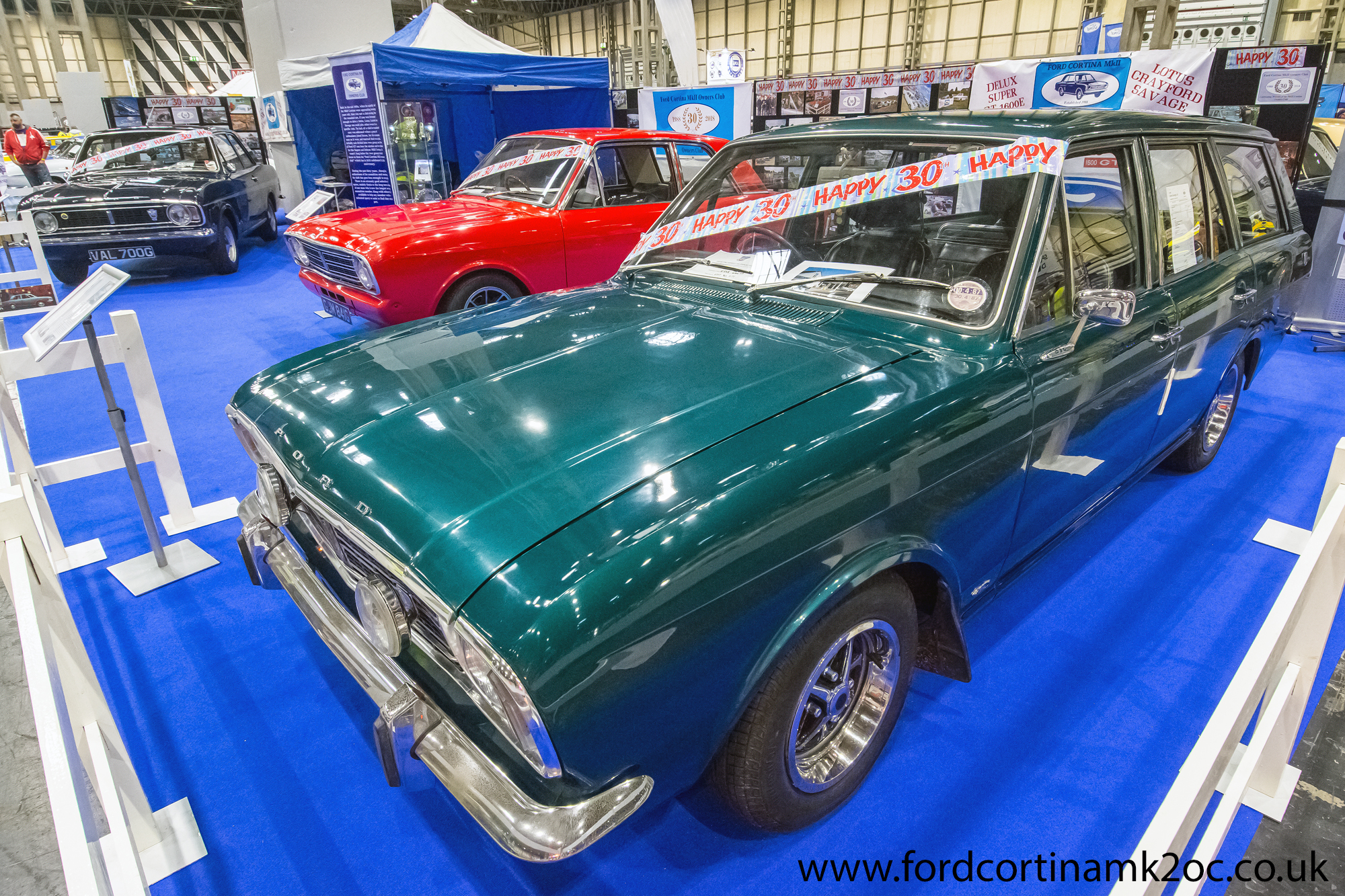 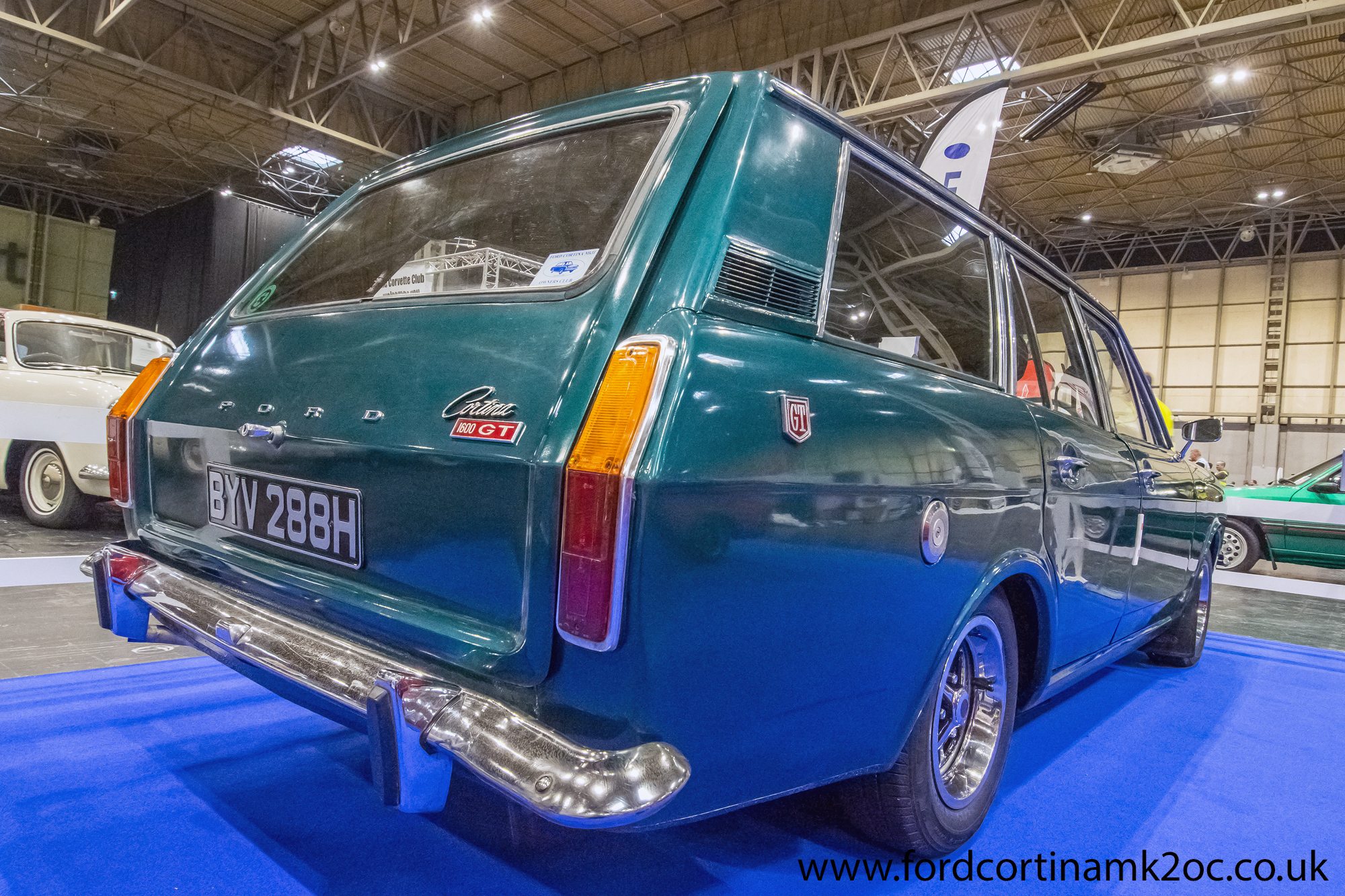 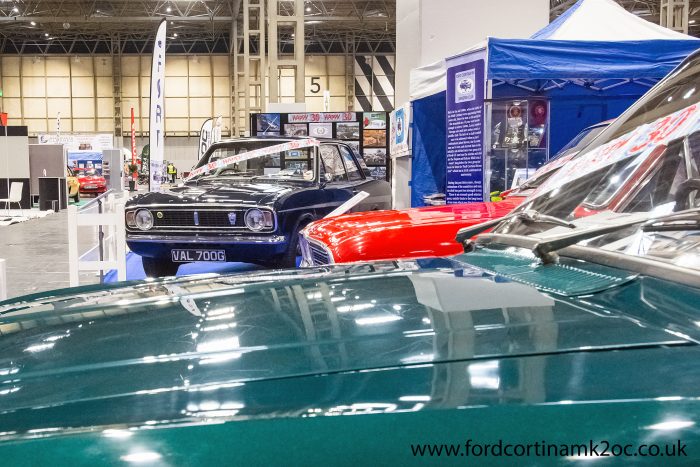 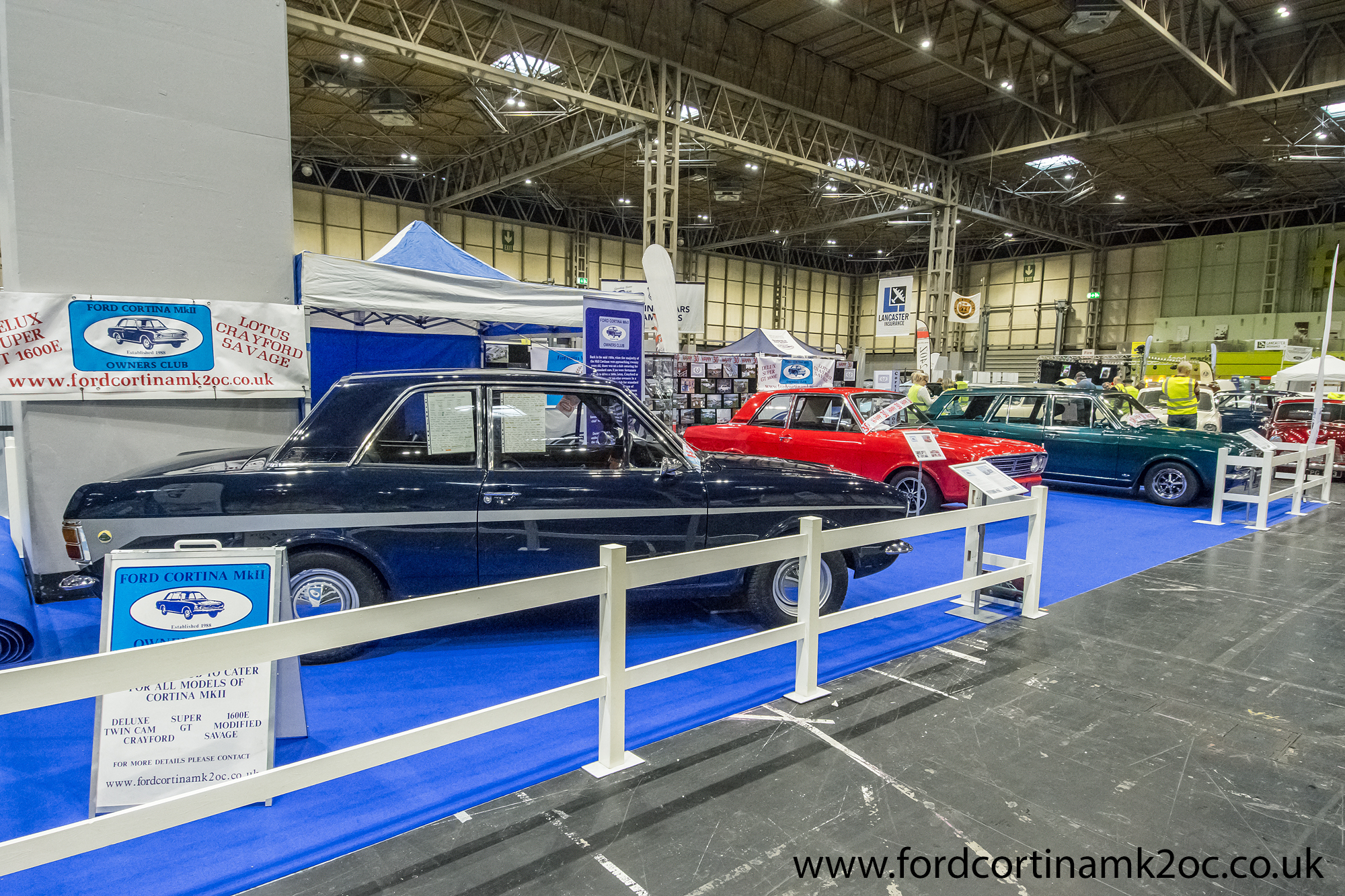 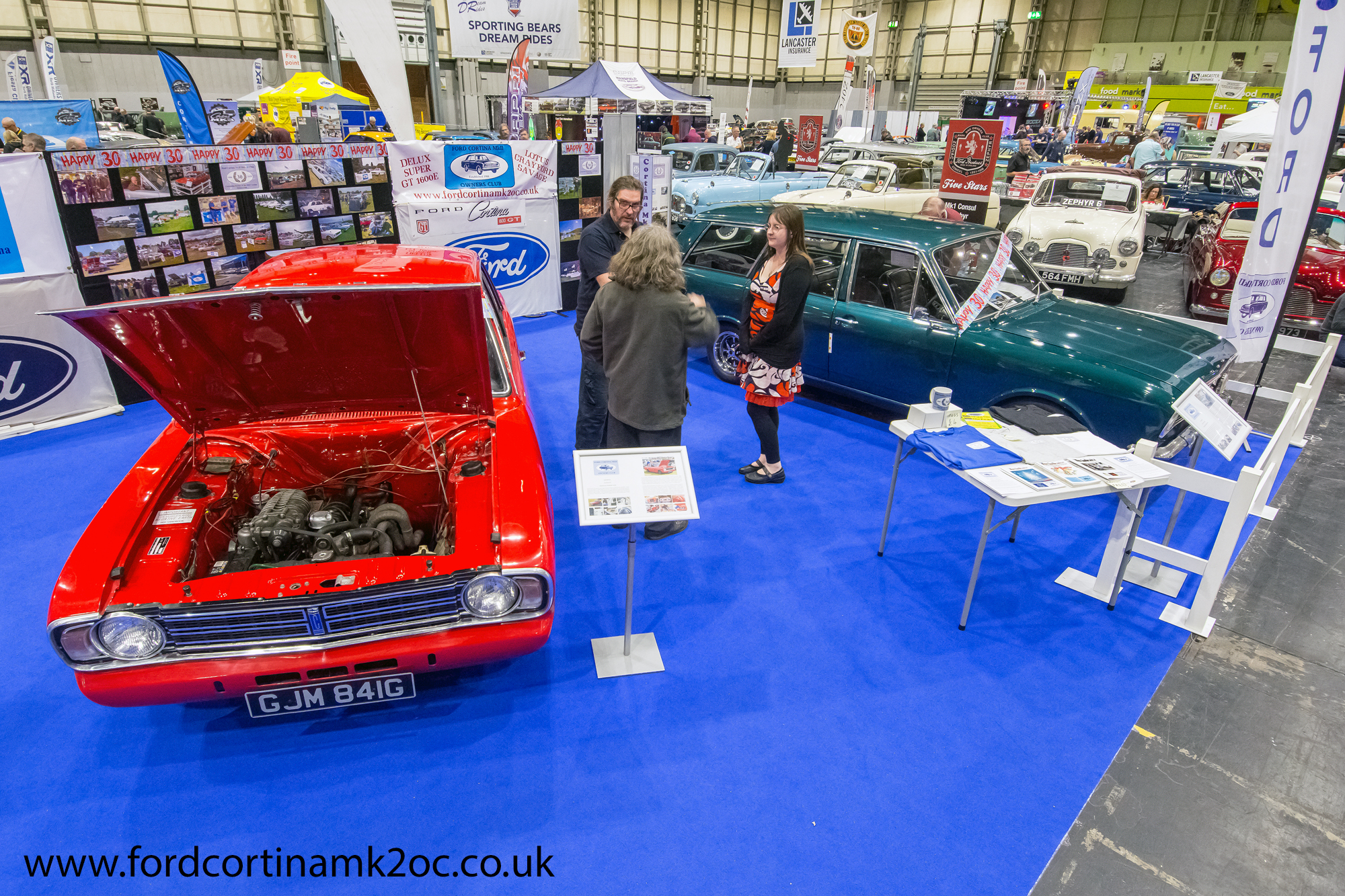 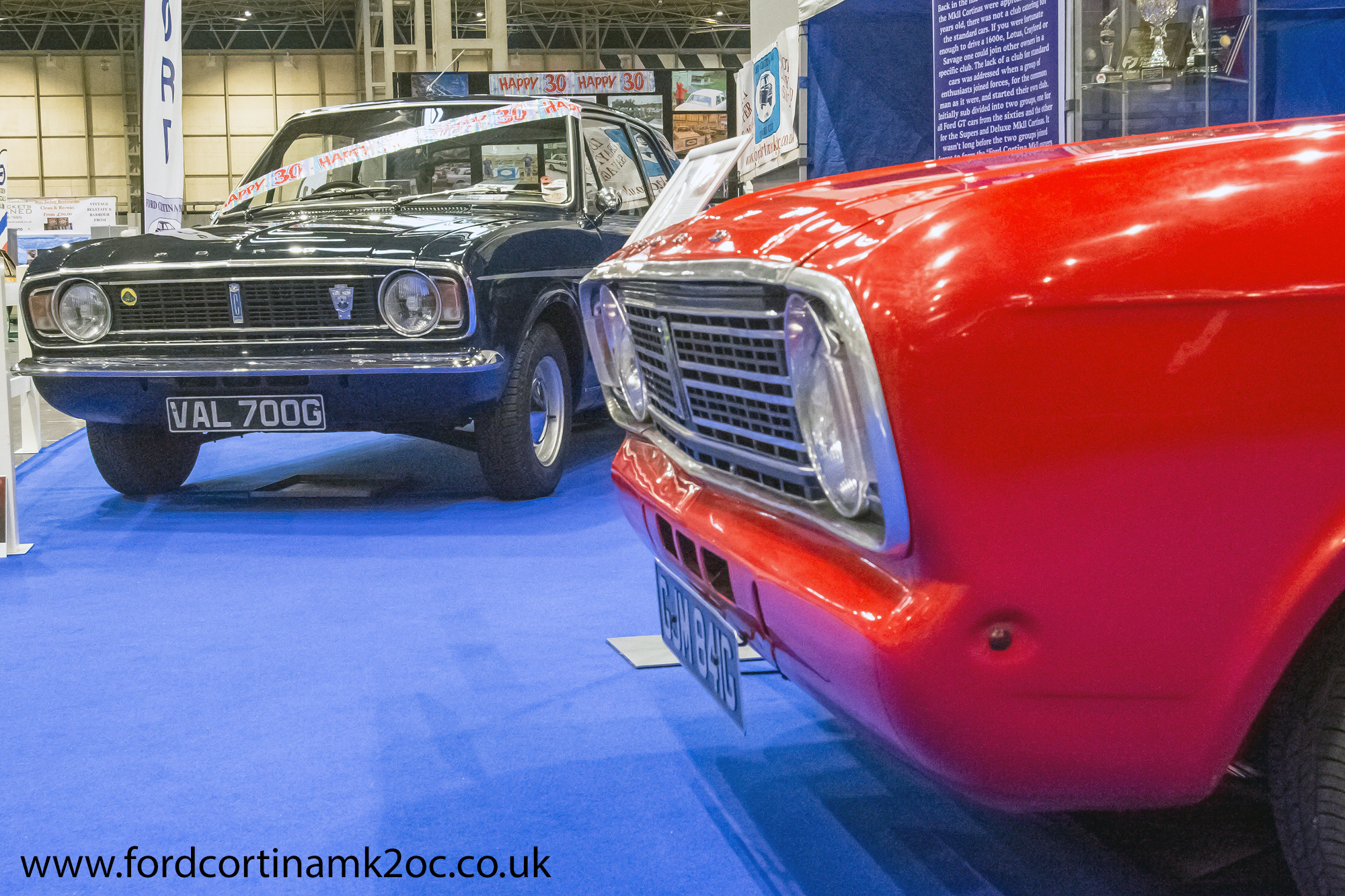 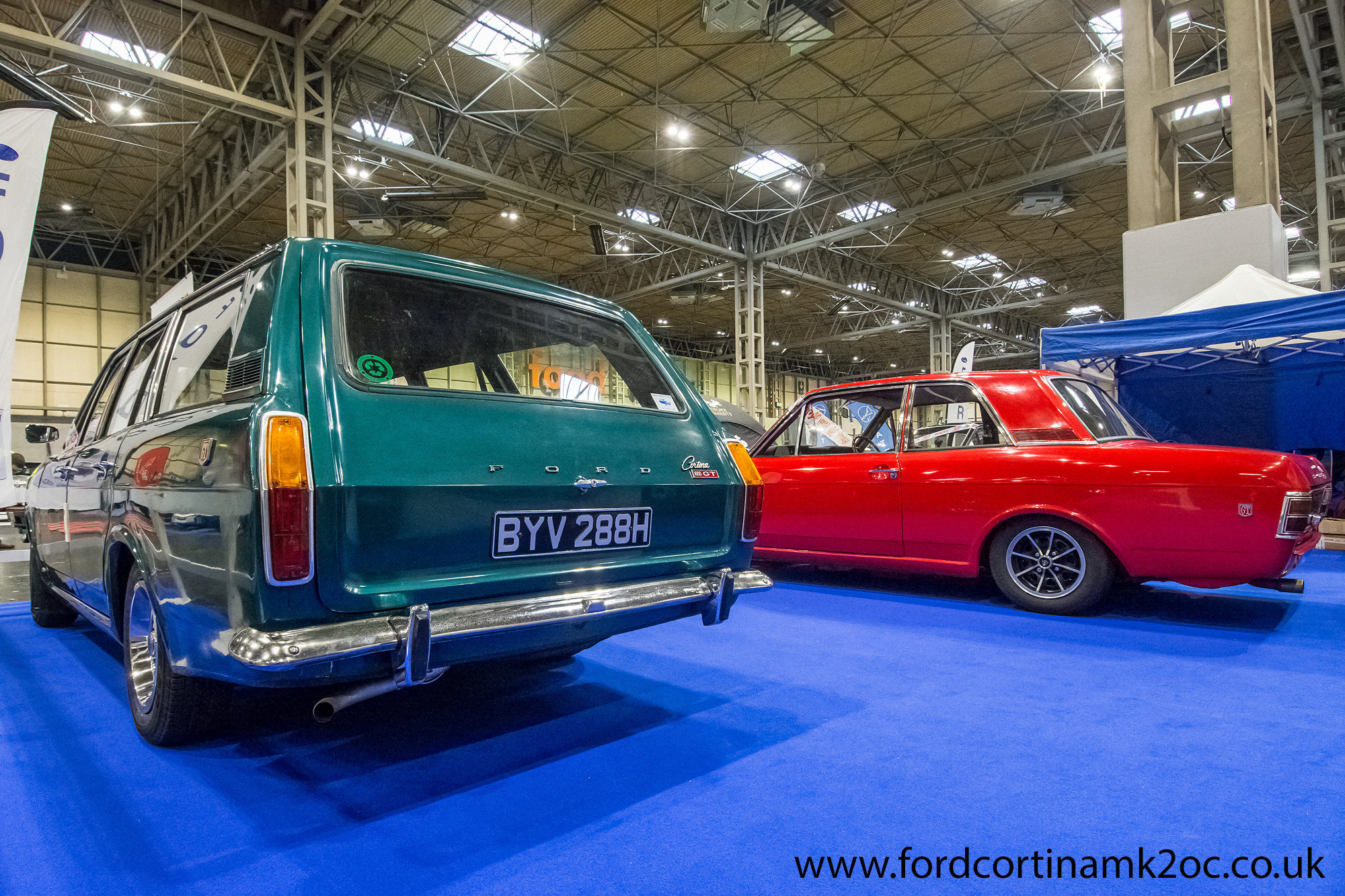 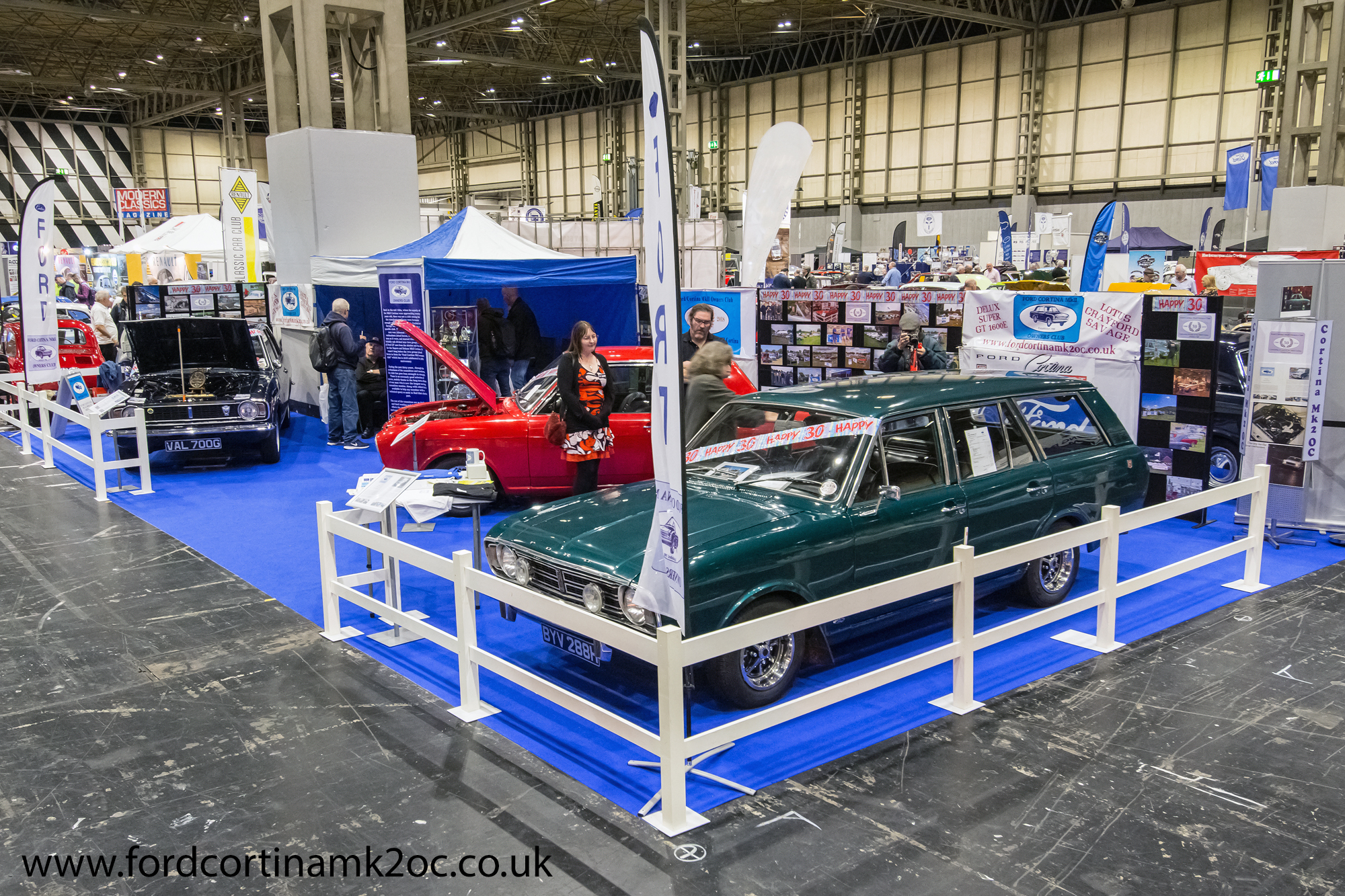 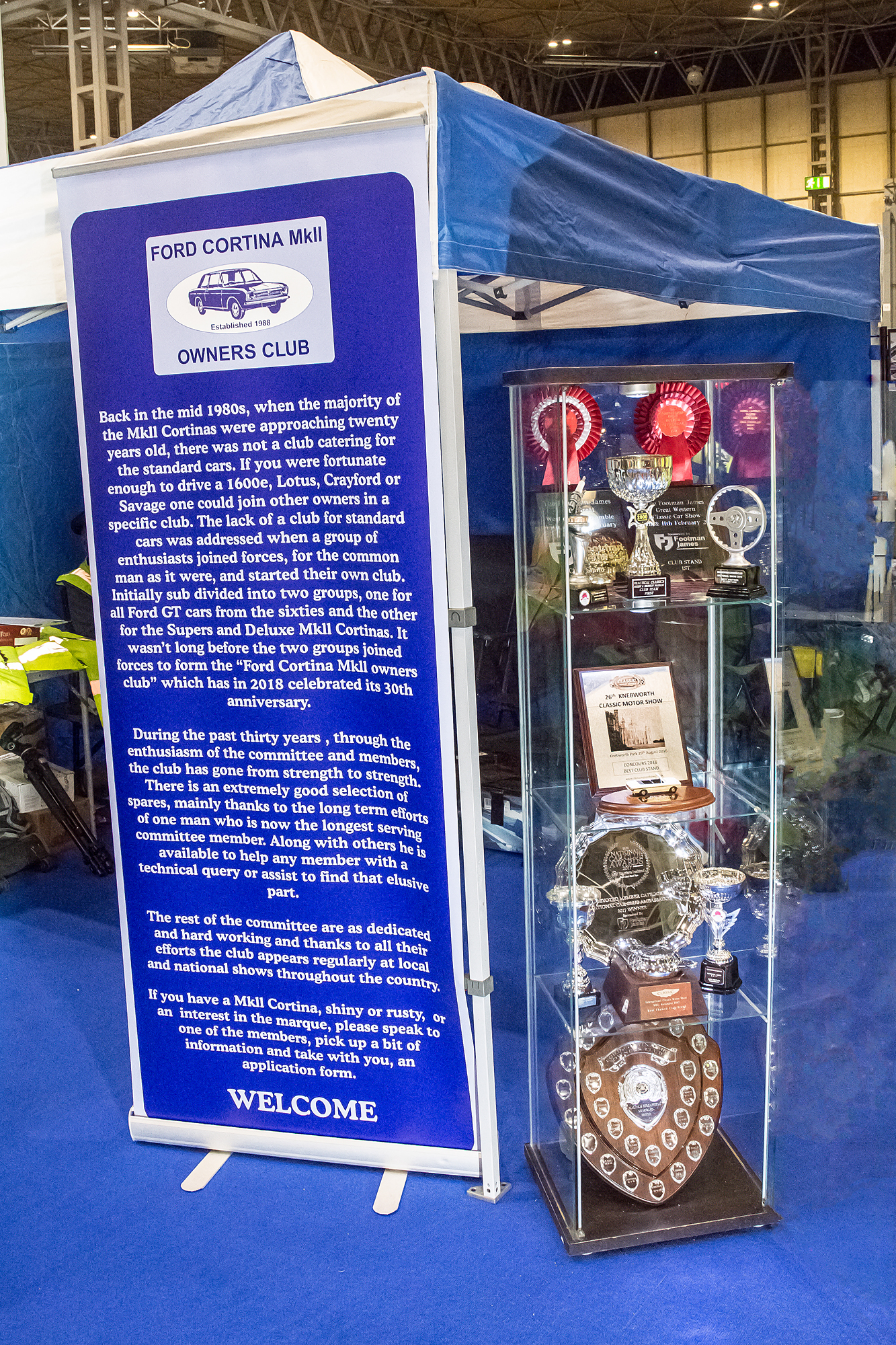 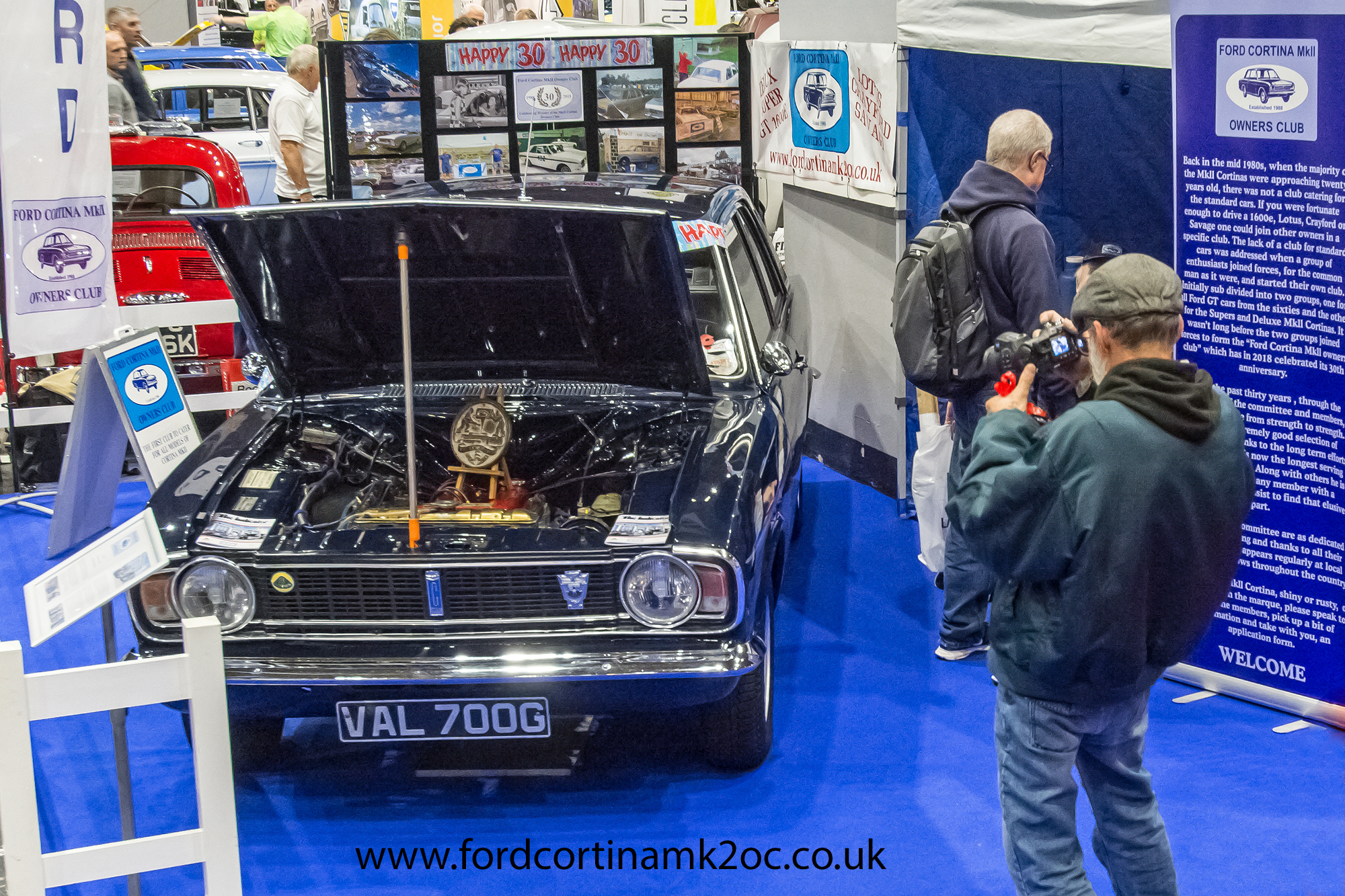 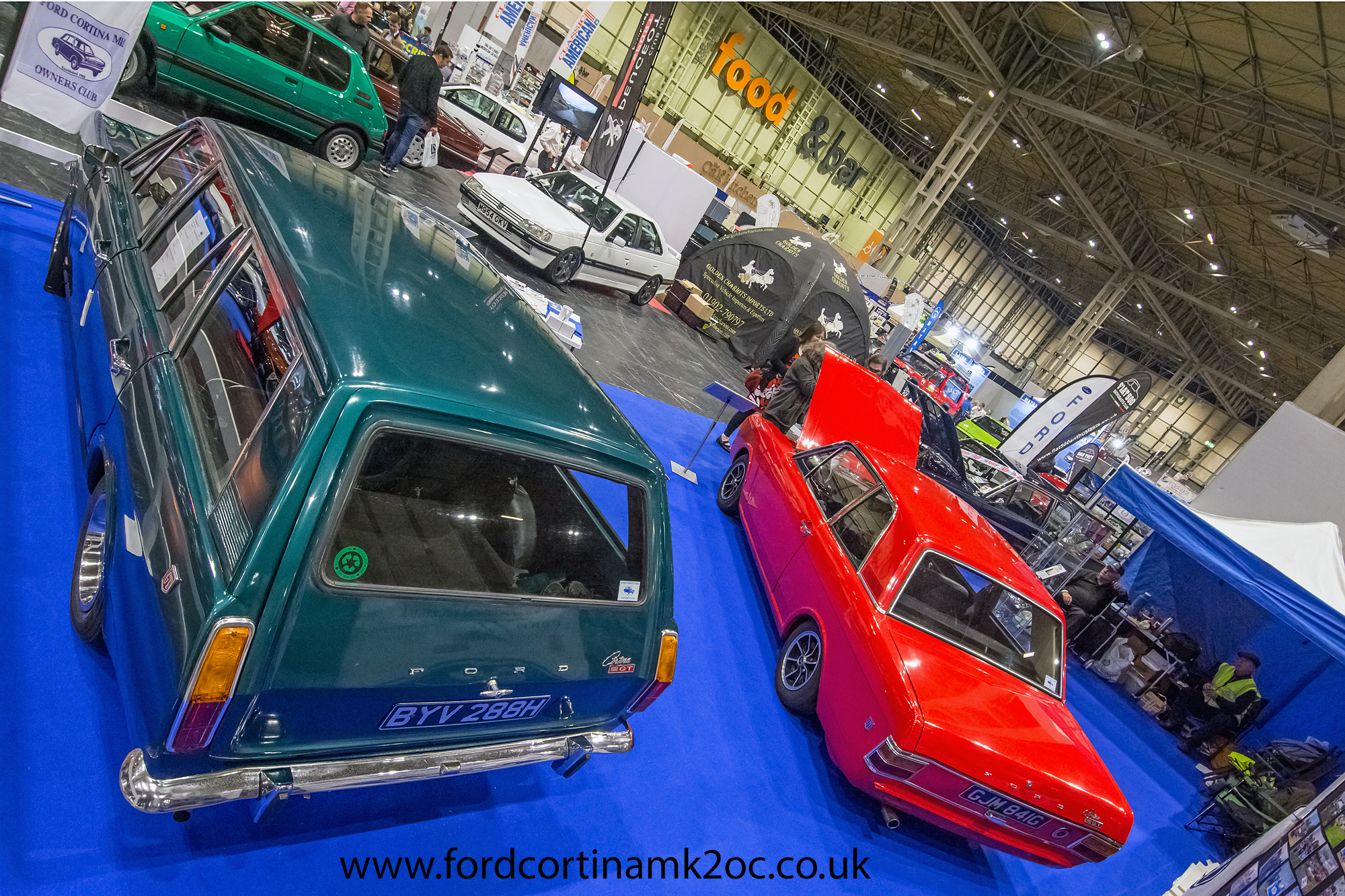 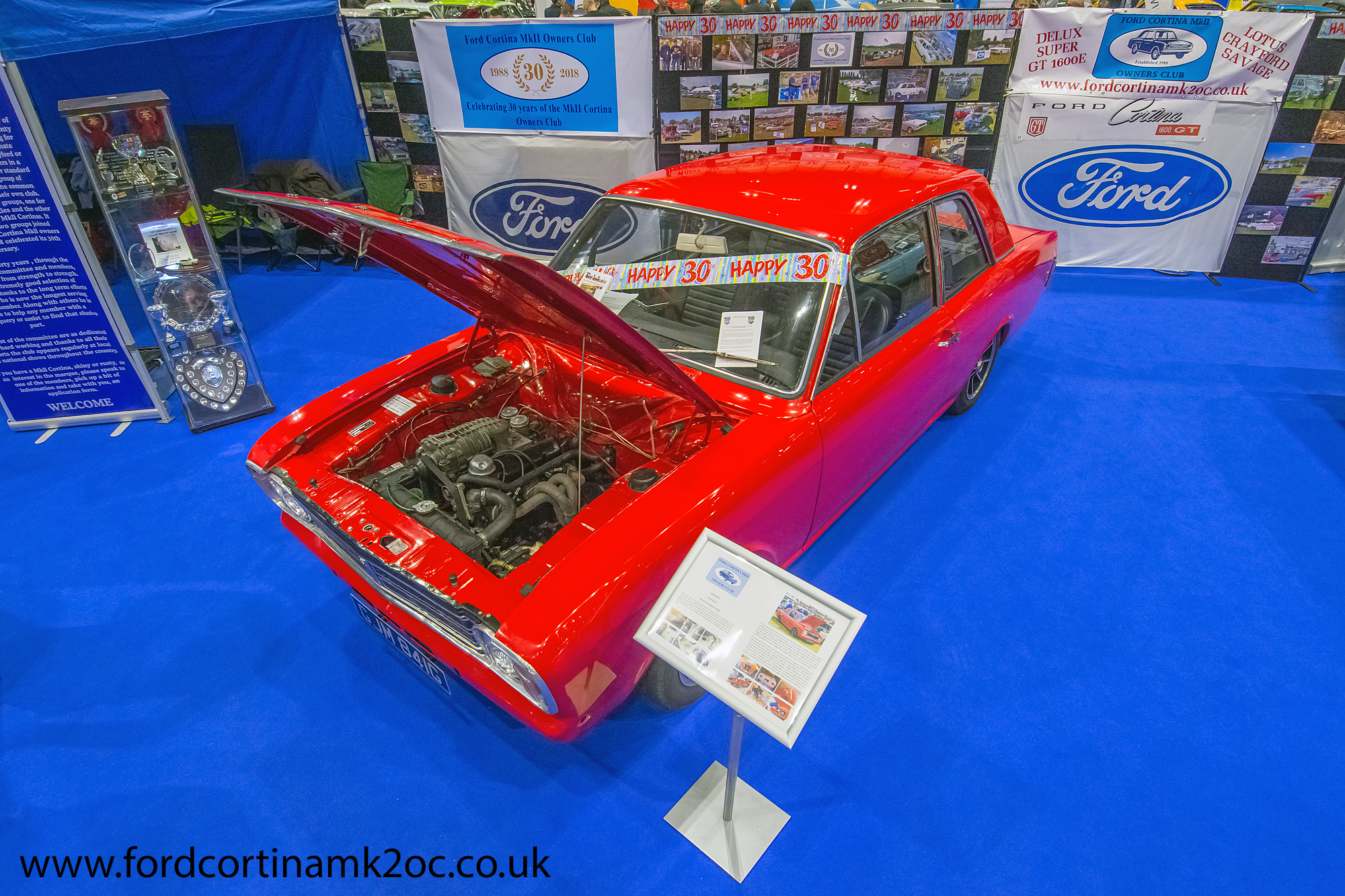 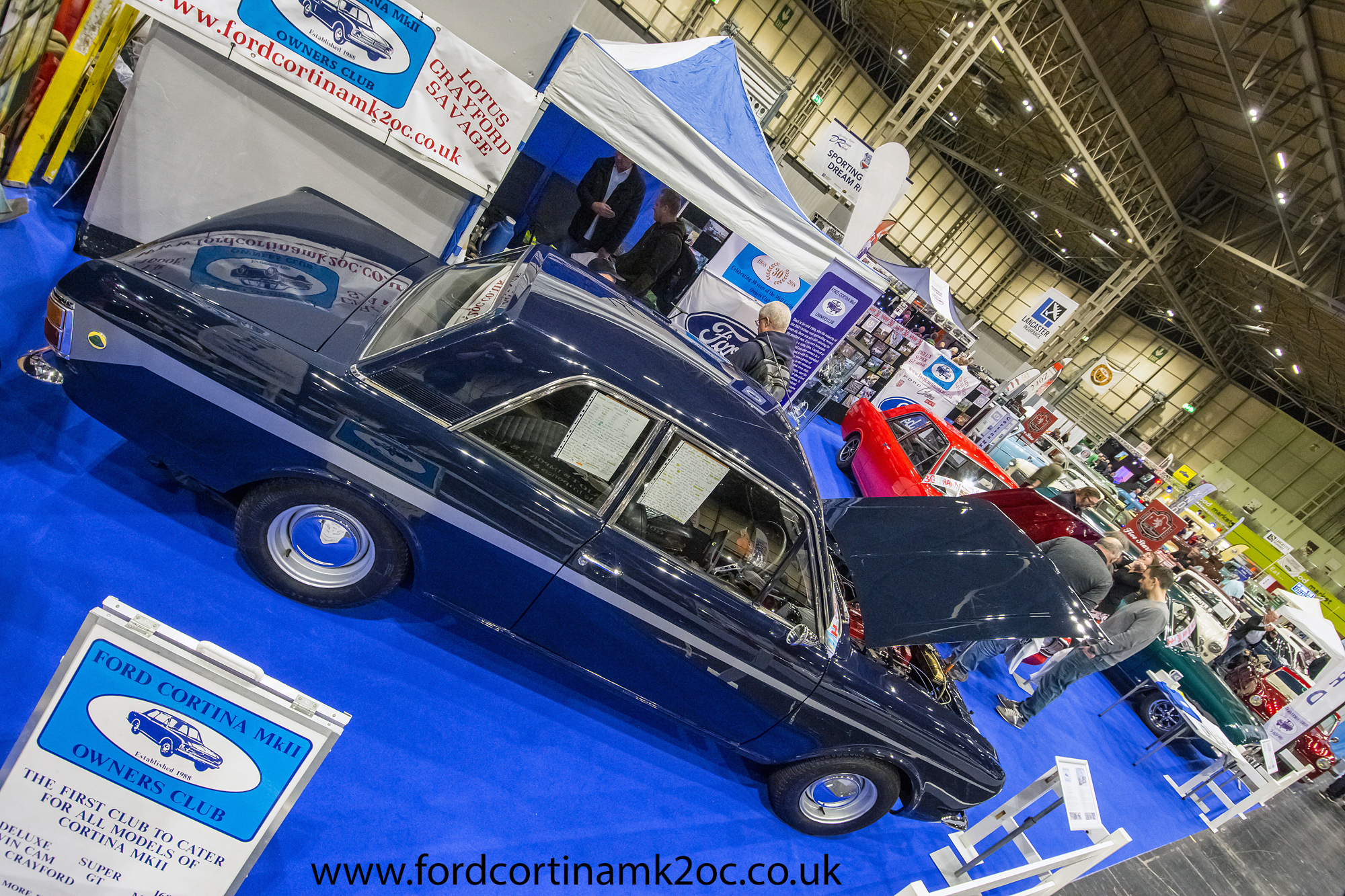 Some years ago, our spares man Rod Smith won the Hagerty Insurance sponsored “Club Unsung Hero” award, but unfortunately there was a problem with the trophy and Rod never recieved it – until this weekend that is. Our grateful thanks to Tim Sawyer and all at Hagerty for putting that right this weekend. 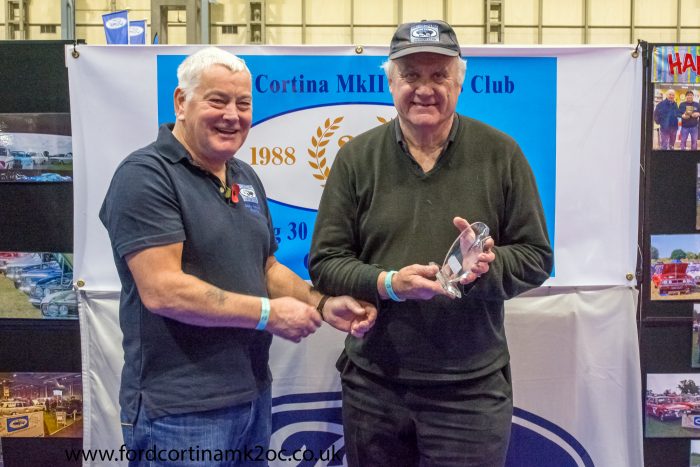 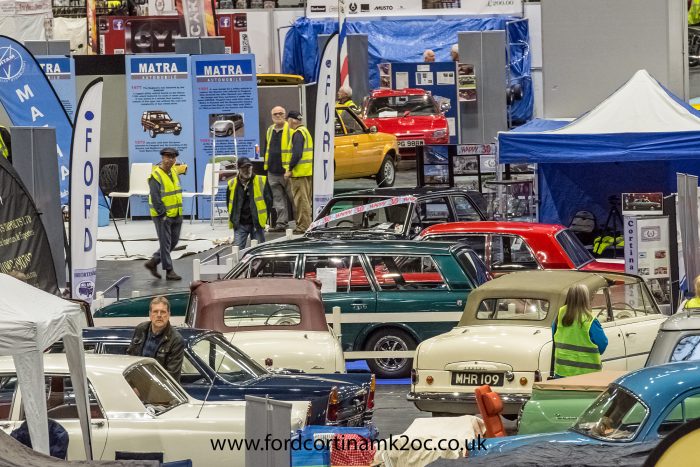